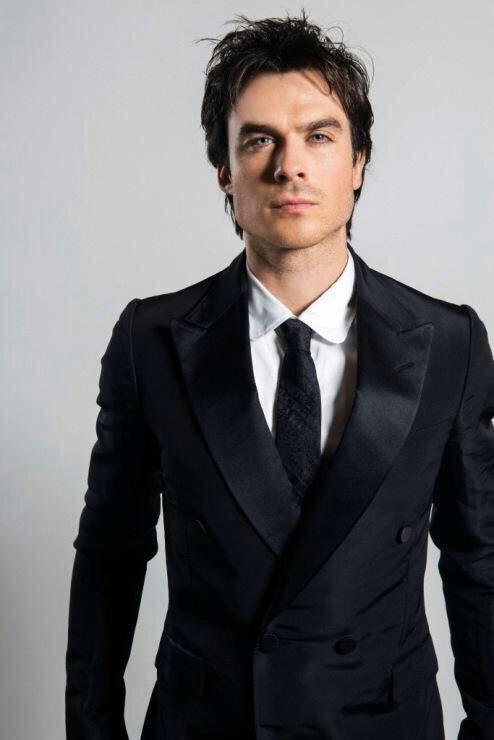 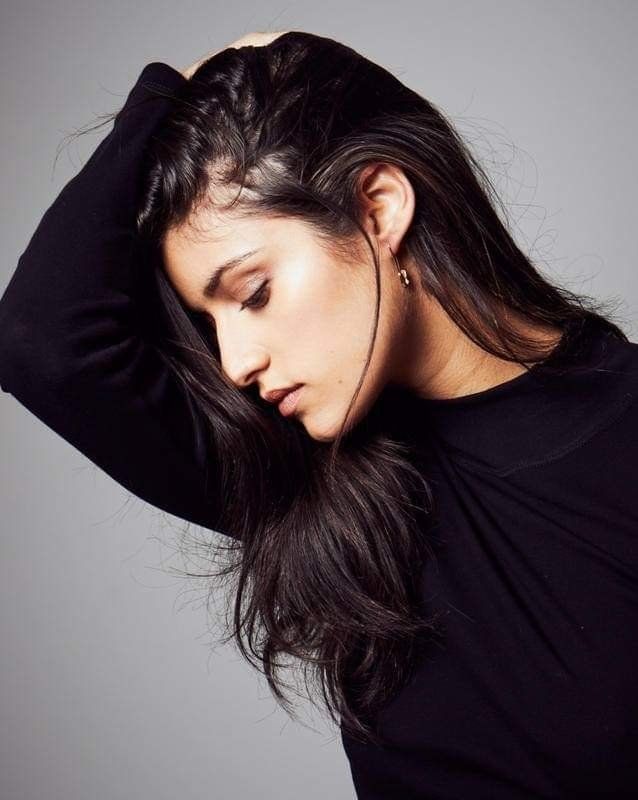 A Heretic is a witch that has completed their transition into a vampire. Similar to humans; if a witch is extracted with venom from the glands of a vampire, they will experience a painful and horrendous transition into a newborn immortal and be in a state of transition. In order to complete the transition within the next 24 hours, the Heretic must consume an exceptional amount of human blood or else they will become eradicated.

Some witches, called Siphoners, are born with a mutation to only steal, or siphon, magic from other power sources instead of generating power themselves. After being turned, they can siphon magic from the energy that keeps vampires alive and use it as the source of their magic.

Heretics pregnancies will last a full term of 8 months or in the case of a procreation with a shifter, 7 months.

Heretic x Heretic will be a Heretic

Heretic x Human will be a Heretic

Heretic x Vampire will be a Vampire

Heretic x Werewolf will be a Werewolf

Heretic x Nymph will be a Nymph

Heretic x Phoenix will be a Phoenix

Heretic x Fairie will be a Fairie

Heretic x Siren will be a Siren

Heretic x Cambion will be a Cambion

Heretic x Dhampir will be a Heretic

Heretic x Angels will be a Angel

Heretic x Nephilim will be a Nephilim

Heretics inherent powers of both vampires and witches but to greater degrees, making them incredibly powerful supernatural creatures. Hybrids possess a wide array of additional powers including:

Vampirism - Vampires have sharp, pointed, retractable fangs that extend beyond their human teeth. Vampires are said to mainly suck the victim's neck, extracting the blood from a main artery. In folklore and popular culture, the term generally refers to a belief that one can gain supernatural powers by drinking human blood. The historical practice of vampirism can generally be considered a more specific and less commonly occurring form of cannibalism. The consumption of another's blood (and/or flesh) has been used as a tactic of psychological warfare intended to terrorize the enemy, and it can be used to reflect various spiritual beliefs.

Superhuman Strength - The superior physical strength of a vampire compared to that of a human is a prominent theme. Vampires possess strength equivalent to that of 20 or more strong men, sufficient to single-handedly lift average size cars and large trucks with ease. Newborn vampires generally have the advantage of superior strength when in direct physical combat with a human; they can single-handedly lift a grown man off the ground and throw him across a room with enough speed and force to send him through a wall or across an alley, they can also knock them unconscious with a single karate chock, snap their necks with one hand, and crush their bones, all with little to no effort. Their strength increases to a degree as they age; older vampires of a significant age are stronger than younger, weaker vampires.

Superhuman Speed - Vampires are extremely quick, moving faster than the human eye can possibly see. They can run in excess of 100 miles per hour. The creature’s sheer speed, combined with its unnatural stealth, makes it impossible for the vampire’s prey to detect or escape from the vampire until it is too late. Vampires are able to avoid gunfire easily, and reacts with unnatural quickness to any threat, due to the creature’s superhuman reflexes.

Superhuman Stamina - Vampires are able to move at great speed for long periods, and it is nearly impossible to tire the vampire, due to its preternatural degree of endurance. They do not need to sleep and do not require food or oxygen.

Superhuman Agility - Vampires possess supernatural agility as well. They can leap to great heights and are nimble enough to scale sheer surfaces with amazing speed, vertically or horizontally, much like a spider. This ability would allow them to access places that would be otherwise impossible for a human to reach. They can jump further than any normal human, such as from roof top to roof top or building to building.

Superhuman Durability - Vampires are incapable of being slain by most forms of conventional injury, including firearms or blades. Furthermore, the vampire cannot feel the pain that would result from such attacks. Gunfire has no effect on the revenant whatsoever, serving only to slow the creature down. Likewise, blades don’t affect the vampire at all, unless the blade pierces the heart or removes the head.

Daytime Walking - Due to their Witch heritage, vampire-witch hybrids are able to move around during the day and in the sun without the use of a mystical stone bound to a piece of jewellery.

Superhuman Senses - Vampire’s senses of sight, smell, hearing, and touch are of supernatural keenness, comparable on many levels to a wolf’s. Their senses are heightened to 11.

Flight - The unique ability known to older vampires to defy gravity and move towards anywhere in the air. Newborn vampires have a lesser variation of this power; they can land silently and carefully by floating down to the ground during falls. Vampire Witches can further use this ability by magic.

Hypnosis - Due to their Vampire heritage, they can control minds (I.e Compulsion).

Shapeshifting - Vampires can take the form of a bat, wolf, bear, owl, crow, and rat. Older vampires are known to take on the appearance and memories of other humans.

Nigh-Immortality - The most coveted trait of all is the vampire’s virtual immortality. Conceivably, assuming the vampire feeds on a regular basis and evades vampire hunters, the vampire could live forever and never grow old. The oldest known vampires are over 7,000-10,000 years old.

Healing Factor - The vampire has supernatural regenerative capabilities, which allows the creature to recover from injuries that would permanently incapacitate or even kill a human. Poison, suffocation, extreme cold, aging, drowning, or disease cannot kill the vampire, as the creature is already dead.

Blood Bond - A blood exchange between a vampire and human (not before the human dies) will form a blood bond. The vampire will be able to sense the human's thoughts and emotions, knowing if that human is in any type of harm or distress - for eternity. The human will also experience sexual dreams about that vampire.

Conjuration - The act of calling, commanding, or summoning an object, person, or spirit already in existence.

Scrying - The ability to see what is happening in remote places by looking into a reflective surface, like a mirror or a bowl of liquid(often blood).

Reality Warping - is the ability to change the nature or form or physical reality.

Elemental Control - The act of controlling and manipulating the elements of air, earth, fire, water, and weather.

Channeling - The act of channeling or drawing other forms of energy and power by focusing on celestial events.

Teleportation - The ability to travel to another spot in space without having to transverse the distance between the two points.

Necromancy - The act of controlling and manipulating the power of death and controlling undead corpses.

Pain Infliction - The act of creating and inflicting excruciating pain upon another person, especially supernatural beings.

Mind Control - The act of controlling and manipulating the minds of Humans.

Mind Stunning - The act of bemusing and rendering someone unconscious.

Precognition - The act of foreseeing future events and happenings.

Clairvoyance - The ability to gain information about an object, person, location or physical event through means other than the known human senses.

Telepathy - The ability to read the minds of other people.

Mediumship - The act of calling, communicating, and invoking the spirits of the dead.

Empathy - The ability to sense or feel emotions.

Glamour - The ability to create an illusion so real that it is to fool any on-looker.

Invocation - The act of calling the spirits of the dead or divine beings into a circle or into the self.

Spell Casting - The act of changing and controlling events by magical influence.

Superhuman Strength - Invoking demons or other spirits, can give witches great strength, making them physically powerful then normal humans.

Superhuman Durability - Invoking demons or other spirits, can give witches be physically tougher than humans, more resistant to injury, and to be able to endure pain longer and easier

Levitation - The act of floating, flying or rising ones body in the air by supernatural means.

Telekinesis - The act of controlling and manipulating the movements of objects and persons.

Longevity - Even though witches are mortal, some witches have been shown to live much longer than humans. Some are even potentially immortal, but they can still die as easily as normal humans.

Hypnosis - The ability to manipulate minds.

Voice Manipulation - The ability to manipulate one's or other's voices.

Healing - The act of curing diseases and restoring the health of living beings.

Persuasion - is the power to control a person through verbal commands.

Potion Brewing - The act of brewing and concocting supernatural elixirs and potions that contain mystical properties.

For a full list, please look to the witches/warlocks and vampire pages.

Note: Look to the Vampires and Witches/Warlocks pages for more on the two species.