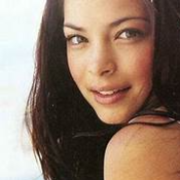 "Hey there partner, Captain says he smells something big brewing.
Hope you're ready.
Cause I am.
See you out in the field partner.
~Catherine"