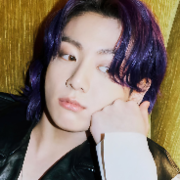 Maverick was wandering the streets after a long day at the university on his way back to his apartment. He was ready to call it a day however, he wasn’t expecting the streets to be busy like they were as people kept bumping into him.

After being apart for three years, Maverick felt happy once again to have Rosalyn back in his life. Usually when his friends would bring up that a party was coming up, he would be the one to refuse before they all would convince him to go. It wasn’t