War. A word Rose was most familiar with than anything else. War was almost a common thing amongst her people, hell she had to stop almost ninety percent of them within her own faction but the other ten percent was among other creatures and based on how the council meeting went with all the other leaders…Rose could smell the oncoming bloodshed from a mile away. She needed to be ready; her life depended on it she couldn’t always sit behind the guarded walls of her soldiers. If she had a King no doubt he would ride alongside the men and women warriors into the battlefield. So why couldn’t she? Or at the very least learn how to properly punch someone if she needed. But who would be the right person to train her? She could easily go to a soldier and ask for his or her help but she needed someone better. She could ask her beloved considering Theodore was one of the best fighters she has known but she knew he would turn down the offer because it was his job to protect her, not to train and hurt her. So it left Rose with no one on her mind. 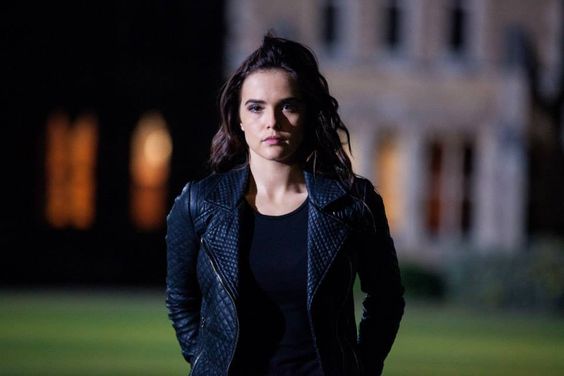 Sighing in defeat the Queen felt utterly useless, there had to be someone who was willing to teach her, train her without fearing they will be punished for attacking her but whom? Pacing back and forth in her home as names came through her mind left and right but they were quickly rejected. Perhaps she could go down to the training grounds that she had privately bought for her soldiers to see who could be the one. It was a long shot that she would find the right person there but as always, the Queen was hopeful. Slipping on her coat and shoes, she grabbed her keys and made her way towards her garage where her car was parked.

The drive was short, living in a small town had its perks of getting to places very quickly and in no time she arrived at the establishment. It was a fairly large building, as large as Maine could offer but the real perk was in the back where twenty acres of nothing but grass. Perfect for track, plenty of areas to spare, it was the perfect place for her soldiers to keep up their skills and even better for the newborns to blow off some steam without anyone hearing anything. Inside the building has plenty of weighing lifts, treadmills, changing rooms, and shower rooms for both men and women. It was her kinds own personal gym.

Pulling her car into an empty spot, she parked it, turned it off, and made her way to the front door, hearing the grunts of her people lifting weights before she was even inside. Chuckling, she opened the front door and made her way inside, everyone instantly stopped what they were doing to pay their respects and bow to her.

“Please, carry on, do not let me stop you from your activities.” She told them as she made her way to the fighting area outside. Off to the side of the field laid a small field where benches resided, this was where the soldiers could prove themselves before actually joining the rest of her army. Sometimes they would put on a show in front of Rose herself along with whoever else wanted to watch.

Quietly she took a seat on a bench and began to observe everyone that was sparring. To Rose they were all really well at fighting, they had to be, but no one really stood out to her. Sure Some of the males fought harder than some females but looking upon every face and seeing the different types of attacks and defenses they were using, they didn’t impress Rose. Over time Rose had seen a lot of fighting and sparring between her people and occasionally she could see the same style, the same steps, the same way someone would attack with a blade. It wasn’t new, it wasn’t something she thought would surprise anyone should she need to use any fighting. She knew it was a long shot coming to the training ground to find someone the same day but she didn’t think it would be so hard as to find someone with a uniqueness she was looking for.

How long ha had she been there observing them? An hour, perhaps two, maybe it was a sign that she wasn’t going to get anyone better than what she has already seen. She could come back tomorrow and try her luck again but time was wasting each day she sat in the safety of her home. She needed to find someone, and she was quickly losing the hope she had earlier. As she began to stand to take her leave Rose heard the commotion of a male yelling in the very back of the field. Turning her amber hues in the direction she found a blonde male vampire yelling at someone but Rose couldn’t figure out who due to the male vampire having his large frame covering whoever it was. Curious to see the commotion Rose slowly sat back down to see how this would play out.

Throughout the yelling, Rose spotted a hand, a small one, one that looked feminine, gripped the male’s arm so swiftly before she proceeded to flip him sideways. To which she was quick to place her knee on his back, while still holding on to the arm she flipped. Rose spotted the woman pull out something, she couldn’t pinpoint exactly what it was but she knew she was holding it to his throat. Rose watched the woman in fascination. There you are.

Making her way down the bleachers, she entered the field through the chain-linked gate that divided the bleachers and the field. She heard the fake grass crunch underneath her feet but she kept her focus on the woman who held the man pinned, and with each step she took, her impressive smile grew and grew while her amber hues glowed with a promise she finally saw. About five feet away from the woman, Rose watched her let go of the male Vampire who continued to lay there for a moment longer. The closer she got, the more Rose could see who the woman was.

It was her very own Lieutenant, Inès Montgomery. Of course! Why hadn’t she thought about asking her? Giving a slow clap when she was in talking distance of the two Rose shook her head in astonishment. “Wow Lieutenant, you really didn’t hold back there did you?” Casting her gaze at the male that still laid on the ground she raised a brow and asked “What was he yelling at you about?” Turning back to Inès, she couldn’t help but grow her smile, “I have a question to ask of you Lieutenant and please give me your honest answer.” Rose knew she was taking an even longer shot that Inès would say yes but Rose figured that if anyone would understand it would be her. “I would like you to train me. Teach me how to defend myself, fight even if it’s the basics. Anything to help me.” It probably looked like Rose had lost her mind the way she was smiling at the Vampire to teach her how to fight, had Rose not been Queen she might have been thrown into custody to be interrogated.

“So what do you say, Lieutenant? Care to teach me?” There wasn’t a single person, vampire or human, that would be able to teach Rose more than what she was asking for than her Lieutenant. Inès was perfect.