His body landed back onto concrete floor with a loud thud as a silhouette of a figure lingered near the doorway. Sinn weakly tried to pick himself up the ground slowly. A scoff was audible in the dead quiet room as Sinn’s eyes flickered towards the figure. The light from the corridor behind the man was the only thing that had illuminated the dim room despite the one light bulb that hung from the middle of the ceiling. Footsteps echoed through the empty room as the man stepped closer to the incubus before kneeling down to his level.

“There is no point in this... Tell us where she is and you’ll be free. Simple,” the man’s voice uttered condescendingly as he smirked smugly at Sinn. Grabbing a fistful of his hair, it forced Sinn to look at the man with disgust in his eyes. “Hmm,” the man hummed before as he stared down like he was an animal that needed to be put down. Pity was what the hum symbolized. “What a shame.Well...Nikolai is almost here and no doubt will he find her. Then we’ll have no use for you,” he sighed like it was a shame before laughing in Sinn’s bruised and bloodied face. The man stood, still finding amusement in Sinn’s situation and the incubus didn’t bother to look up as he heard the door slam shut hard.

Sinn’s staggered movements were the cause of the poison that were pumped into his veins by the people that held him captive. Otherwise, the swollen black eye and his busted lip along with the other bruises and soreness wouldn’t have been an annoyance to him. As he got to his feet, he went to the door and glanced out the small window that looked out in the empty corridor. He was as stuck as any human would be in his situation as the people who took him knew of his kind. Of course they would. They constantly grilled him about Luciana; trying to pry answers from him but he’d rather take the beating they’d lash out on him as he knew that he was their only chance of getting close to her. Slumping down to the floor as his back was pressed against the door, he closed his eyes as his head rested against the steel door that kept him caged. He didn’t know how much time had passed but it felt like years. Time moved slowly wherever he was and he was slowly trying to figure out why they wanted Luce so badly. However, with the time that seemed to tick on as if in slow motion, he knew they weren’t getting any close especially with his lack of cooperation.

So as he sat in the silent room with his eyes closed, he let his mind drift to where it always did when he was down here. The last memory that he has with Luce especially since that was the last time he was in the outside world. Besides, no matter how dysfunctional their relationship was, she was still a good place in his mind. Their relationship made others confused and even frustrated with the amount of ups and downs that it had. One thing he could say for sure was that it kept him on his toes. One day they’d be at each other’s throats, screaming empty threats of leaving each other then at the end of the day, back to being attached at the hip again with smiles on their faces. It didn’t make sense to people and while he wished he could say he understood, he didn’t but it also felt right to be with her.

His mind took him to their last fight.

This time both of them exploding at each other bigger than they would ever do. One of them would try to calm each other down, getting sick of the arguing but this time it was as if everything couldn’t be bottled up any longer. That’s when he stormed out of her apartment and walked until he found a bar far enough away. He was too caught up in his own head and the woman that could get under his skin like no other person to notice anything. Too caught up to notice that he was being followed. Before he could even get to the bar, he felt a sharp pain in his neck and then the world around him dissolved into blackness.

Stirring himself awake, he felt his arms and legs were bound to something before a blinding light found his blurry vision when his kidnapper removed the cover that they had over his head. Realizing that he was tied to a chair as he tried to jolt himself free before a voice spoke up.

“Don’t even try. It’s useless,” a Russian accent piped up from the darkness before a man stepped into the light. Sinn was still disoriented and it earned him a few light slaps to his cheeks. “Wake up, sleeping beauty. We got some questions for you,” the man said before giving him a hard smack to Sinn’s jaw.

“Do you know this woman?” The man asked as he pulled a photo of a brunette before Sinn’s vision adjusted to see it was Luciana. While a panic stirred inside of him, he masked his features be expressionless as he looked at the photo.

“We believe that you do. We are trying to find her,” he said before Sinn scoffed lightly.

“I guess you’d have to resort to extreme measures to get a woman like that to even look your way, don’t you?” Sinn said condescendingly. “I’m sure loads of women have given your creepy ass the slip,” he smirked lightly before glancing at the photo for a moment. “Never seen her before,” he stated.

The man rubbed his chin and shook his head, clicking his tongue as he tsked at Sinn’s answer. “And here I was hoping you’d tell the truth,” he said as he walked away before coming back with a black phone in his hand. Scrolling through for a moment, he found what he was looking for and showed Sinn a photo of him and Luciana that he had.

“This is gonna take a while,” the man said before he landed a punch to Sinn’s jaw.

Just as the blow landed in Sinn’s memory, a knocked echoed through the room before he stood up and saw a familiar face through the square window.

“I got it,” the woman whispered before opening the door. “I can’t be down here long but I got what you asked for. Here’s her location,” she said. During his time here, he managed to use some of his powers on getting what he wanted. A new doctor arrived and wasn’t given the right protocol to not have any skin contact with Sinn. One brush of their hands and Sinn had her at his beck and call. Though since his powers weren’t as strong, it took him time to have to gain the trust of the woman. It made the enchantment stronger.

“Thank you. What about the other thing?” He asked with a tired smile. She slipped him a syringe that had the poison they administered to him. Lifting his hand, he had a glint in his eye and a coy smirk as he stroked her cheek. “You did so good. Are you ready for this?” He asked as she nodded her head with eagerness. He smiled before she let him take some of her life force. Only enough for him to get some strength back. From there, his escape was set in motion.

Setting her unconscious body down, he took her key card and finally stepped out into the corridor. From there, it was bloodshed. His strength was all coming back to him despite how weakened it was, the guards were no match. The sounds of their necks snapping and him ripping their hearts out was something he’s been waiting to do. Alarms blared through the place and as he fed on his way to the one person he wanted to see, he got his strength back. There in the main office, he found the man who had held him here. “You can tell Nikolai that she isn’t alone,” he told the man as he grabbed him by the throat. “Though if he is coming like you say, I’ll be seeing him soon enough. Pity…” he eyes the man. “ There is no use for you now,” he said as he jammed the syringe into his neck.

Tossing him aside like a ragdoll, he stepped out of the office and then tried to find his way out of the compound he was held in. As he was out in the darkness, the rain pouring as he glanced around. He was out near the docks on the edge of Vrévale. He pulled out the folded paper and saw a picture of her standing outside what was suspected to be her new home. He stared at it long and hard as he tried to absorb all the details he could before he closed his eyes and imagined it. Concentrating on the details, he knew he had enough energy to rip himself there. Feeling the energy shift and a wave of fatigue coming over him, he opened his eyes to see himself standing in front of her door.

He knew he must have been a sight. Paler than usual, tired eyes, blood stained shirt and hands along with a bruised features. Either way, he knew this is what he had to do. Knocking on the door three times, he stepped back and waited if it would really be her to answer the door. 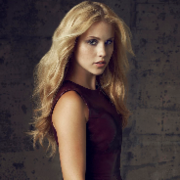 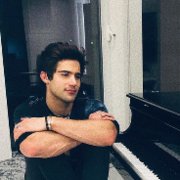